For the 16th exhibit in LA, we’ll be showing recent paintings by Donald Martiny, single-color works in polymer medium and dispersed pigment that free themselves from the traditional painting support to form large brush strokes directly against the wall. They are paintings made exclusively out of paint. In many aspects they present a formal mix of Roy Lichtenstein’s brush stroke paintings, Lynda Benglis’ knotted wall pieces and Ellsworth Kelly’s shaped monochromes, but with an attenuated physical presence all their own. Martiny’s high relief flirts with sculpture, yet his working method and his conceptual focus ground these works firmly in the principles of fundamental painting. Martiny, who currently lives and works in Chapel Hill, North Carolina, studied at the School of the Visual Arts and The Art Students League in New York, New York University and the Pennsylvania Academy of Fine Arts. His work is in private collections in Philadelphia, Washington DC, Amsterdam, San Francisco and Los Angeles. This is his first solo show with the gallery. 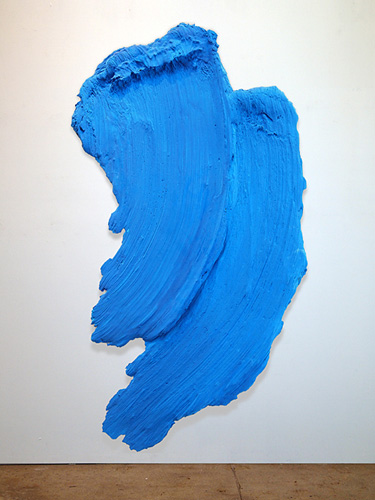 Posted by George Lawson Gallery at 1:13 PM No comments: 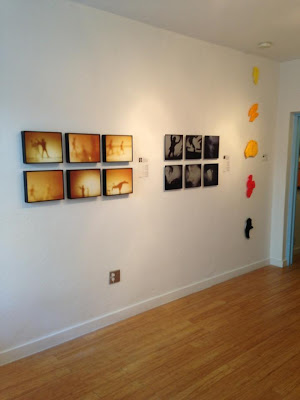 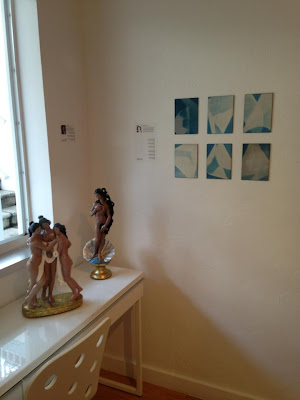 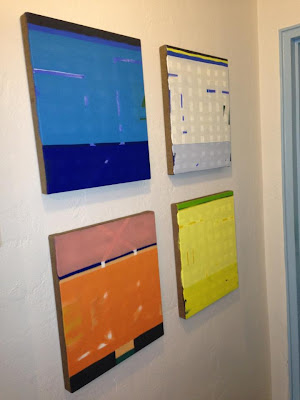 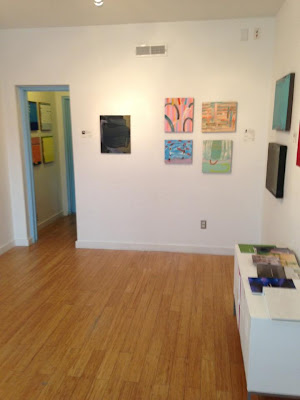 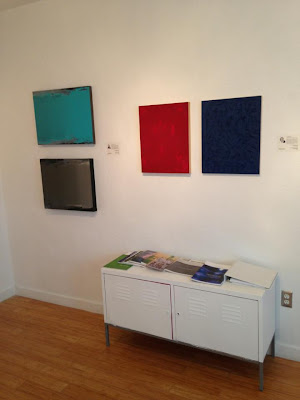 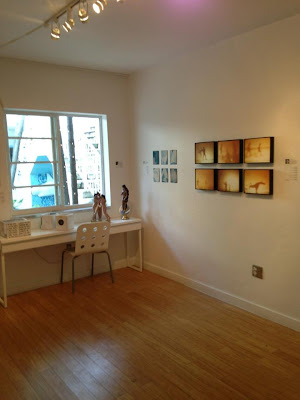 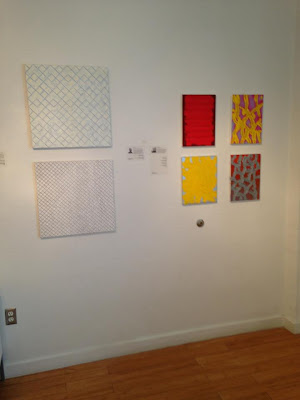 Posted by George Lawson Gallery at 2:13 PM No comments: 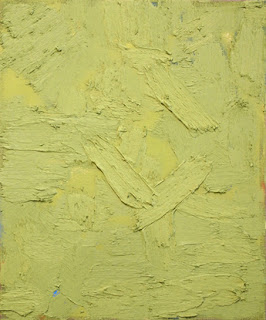 On January 17, 2013, George Lawson will open a second exhibition space in San Francisco augmenting the program at our Los Angeles location. The new gallery will be housed in a downtown storefront at 780 Sutter Street at Jones, and the program will continue to emphasize contemporary painting. Our exhibition schedule for the new year starts off with recent paintings by Alan Ebnother from January 17 to February 16, John Zinsser from February 21 to March 23, and John Millei from March 28 to April 27. Please stay tuned for updates and photographs of the new space.

Posted by George Lawson Gallery at 10:08 PM No comments:

Join us at Aqua 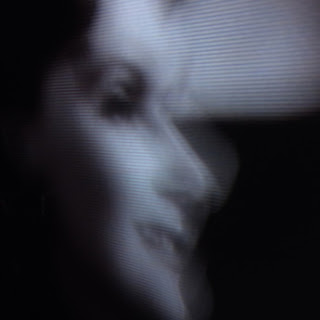 TAMA HOCHBAUM
Garbo I (from the series, My Mother's Favorite Films), 2012
cat. no. TAH50
unique archival pigment print on aluminum
10 x 10 in.

Posted by George Lawson Gallery at 10:48 AM No comments: 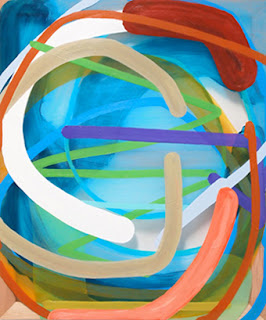 For LA15 in the front room we are showing recent paintings by Kobe, Japan based artist Masaru Kurose. Kurose, who was trained as an architect, continues his exploration of oil paint on clear vinyl, an industrial support that belies the tradition and antecedent of his stretched "canvases." Vinyl allows the internal structure of Kurose's painting to show through, much in the way that a glass and steel building incorporates the supporting girder into its external sheathing. Kurose anticipates the collision of his drawn stroke with the exposed bracing of his painting's wooden chassis, and the drop effect of the paint's shadow cast unpredictably in different lights against the wall. He thus sets up a double plane, the skin of paint floating on its transparent ground against the solid wall, shadow and reflection each a measured step behind the other. Kurose's gesture is also a mixture of measure and hunch, his highly keyed hues carried by meandering strokes that are in turn considered and discovered. To see the paintings one must see through them. Their depth is sustained by an integrated drawing, an armature for color and light that supports both on more than one level and tends to splay itself wide open. Kurose's architecture, pervasive as it is across multiple surfaces, confounds the pictorial hierarchy of figure and ground we associate with the obvious historical precedent of stained glass, and positions these translucent works in the camp of painting's fresh potential, and in the ongoing understanding of painting's radical roots. 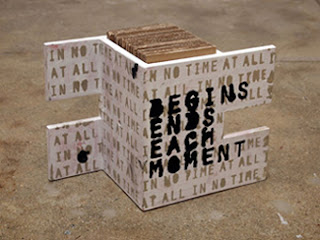 In the middle gallery for our 15th rotation in Los Angeles, we are showing the painted objects of Ward Schumaker, selections from a series of polychromed constructions he refers to as his Dumb Boxes. These are amongst the first works Schumaker completed after his move from San Francisco to New York last year, and in many ways reflect the energy, gridded planes and silvery daylight of his newly adopted city. Often an artist fresh to New York is caught in an onrush of memory and internal ponder that acts as ballast against the sensory overload from outside. The poet Michael McClure imagined the painter Franz Kline as caught in a world of night sweats. A certain kind of leeching occurs. Schumaker's characteristic layering of text and image and gesture and wit is particularly well-suited to externalizing reflection. I suspect upon arrival he simply found the flat plane of his canvases and panels suddenly inadequate for containing whatever poured forth. And yet a life in the studio instilled in Schumaker the discipline to contain it just so. The result is an isometric suspension between sculpture and painting, neutral in its initial effect and then persistently corrosive, eating away at the membrane between the unconscious and the waking life. His biographical titles reinforce this effect, but like reviews without spoilers, do nothing to curtail the necessity of simply looking, and participating in the unfolding, like pinewood origami gates, of Schumaker's open borders.

Posted by George Lawson Gallery at 3:20 PM No comments:

Nancy Haynes in the LA Times 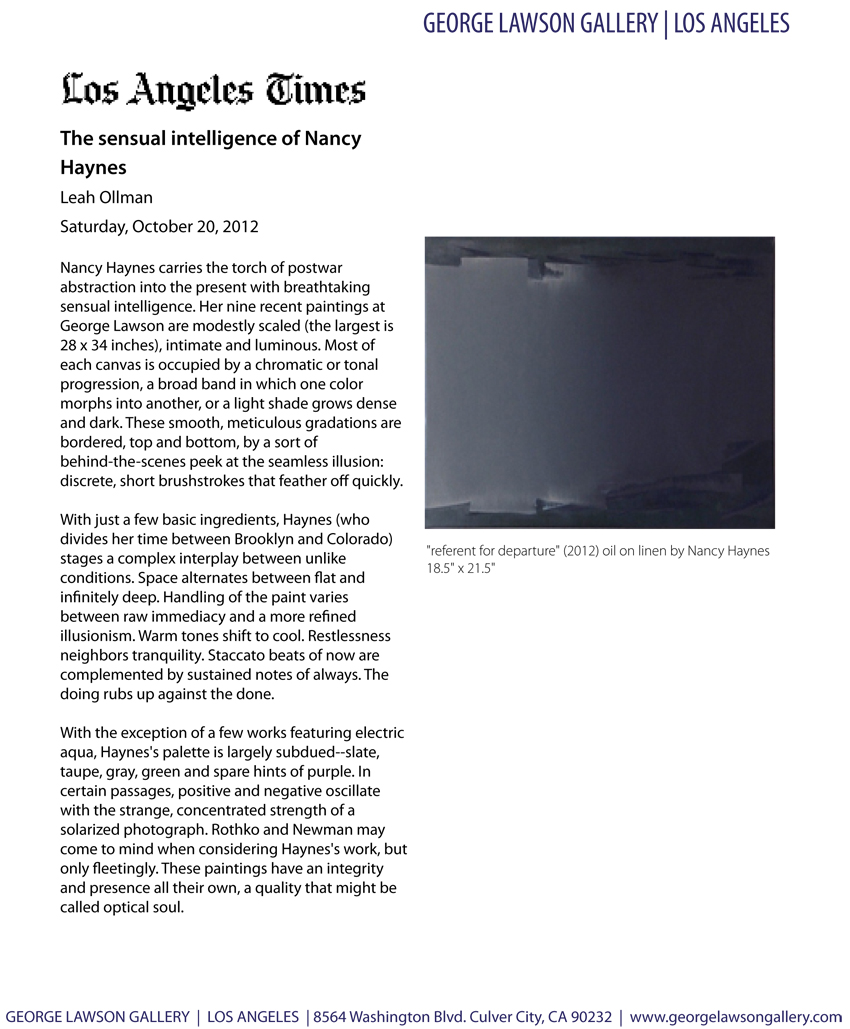 Posted by George Lawson Gallery at 10:17 PM No comments: 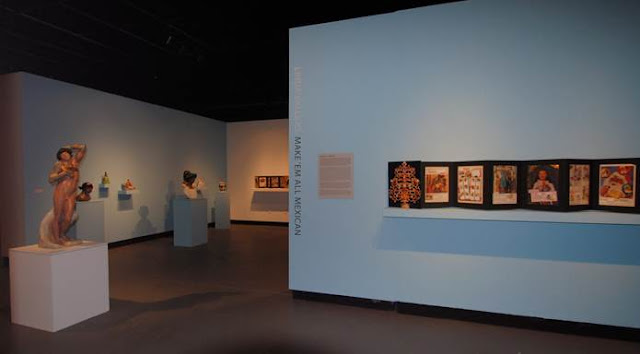 Posted by George Lawson Gallery at 11:36 AM No comments: 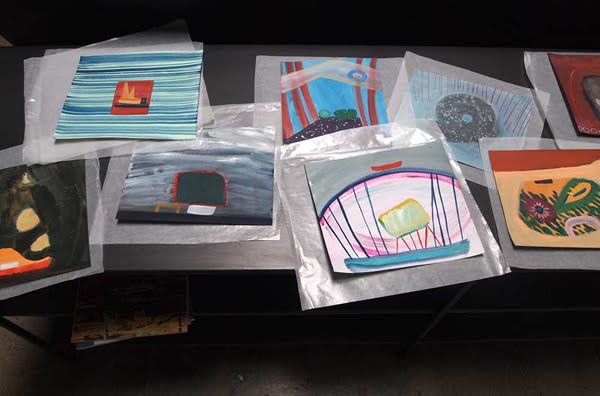